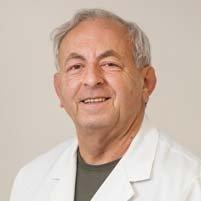 Dr. George Papas always appreciates feedback from his valued patients. To date, we’re thrilled to have collected 48 reviews with an average rating of 4.9 out of 5 stars. Please read what others are saying about Dr. George Papas below, and as always, we would love to collect your feedback.

Mirenda W.
Life situations caused me to move from Georgia to live with my son and his family in San Diego. I was worried because I had seven different specialists in Georgia who were familiar with me and my issues and I was very worried about finding a good doctor with a true caring attitude about his patiences. My son went to Dr. Papas first and told me that he think I would like him. I suffer with Asthma more than anything else and with multiples allergies, changing states, my allergies were in full bloom. I made an appointment to see Dr. Papas and I was impressed from the moment I met his frontline staff. Not only were they professional but showed empathy. I felt I had found a good doctor. A few times after seeing Dr. Papas, I had a very bad Asthma attack at home, my inhalers and my breathing machine did not give me any release. I called Dr. Papas office, his nurse heard me struggling to breath and put Dr. Papas on the phone right away. He asked me what was going on, heard me struggling and said, call 911 or get to his office right away. I only lived about ten minutes from his office. I got to his office, he immediately listen to my lungs and the next thing I remember was waking up in the ambulance on the way to the hospital. When I came around in the hospital I was told that I was still alive due to Dr. Papas fast thinking and actions. He gave me a shot right away to open up my airway. I spend three days in the hospital. He became my "Dr. Angel". He literally saved my life. I highly recommend Dr. Papas. Dr. Papas cares about the whole person, your mental status as well as your physical condition. I recommend him whole heartedly. I beg my life on Dr. Papas.
Rogelio H.
The best doctor I ever had.. the way you treat patients at your office is great and some doctors should learn from you..
Luanne M.
Clean office, professional staff & doctor is detailed
Javier M.
Dr. Papas is very thorough and explains things very well. He is always willing to refer to specialist when needed and if desired.
Aedan R.
Pleasant experience all around.
Priscilla L.
Dr Papas is the best!!!
Stephanie G.
Very understanding doctor and the staff are great.
Vanessa L.
Like most of the feedback, I think Dr. Papas did listen to why I came in and offered great help.
Michael S.
Dr. Pappas actually listens to his patients. He trusts his patients that they know best how they feel. It sounds simple but is rare for doctors to treat their patients as equals.
Tracy H.
Always very nice, prompt never kept waiting forever. Dr Papas is responsive to one’s needs and he listens to the patient. The office staff is genuinely nice.
Matthew G.
Very nice staff and Dr. Papas was very willing to answer questions
Kathleen W.
I have had Dr. Papas for my primary M.D. for over 10 years and the most important traits I respect is he “listens” , explains , and shows he is your partner in your healthcare
Julie C.
Dr papas took a lot of time with me and made sure all my concerns were addressed.
Jairo P.
El mejor doctor que me evisto en san digo
Natalia C.
loved the office, the people, the doctor. will continue coming here!
Catherine J.
Very friendly staff! Dr. Pappas is very professional and friendly.
Ricardo D.
I was able to schedule and appointment on short notice. The staff was great, friendly, and helpful. I was seen quickly. Dr. Papas was very professional, insightful, and understanding of my condition and did what he could to make sure I got the care I needed. I definitely look forward to visiting again.
Shana L.
Thorough and helpful!
Christ C.
Nice office, nice and professional staff, Very professional doctor. Very convenient from my south park area. I recommend Dr. Papas to anyone looking for a primary family doctor. Thank you.
Glen S.
Dr. Papas takes great care with all his patients. He not only cares medically but listens as patients share family stories and follows up on them.
What we offer

We accept most major insurance plans including HMO, PPO, Tricare, and Medicare. Please contact our office if you have any questions.